The clouds turned gray, creating a blanket of darkness in the sky.

The wind began to swirl, picking up little bits of dust and debris and lightning lit up the sky like the beginning of a Friday night football game in a small Texas town.

It began to drizzle and the air was warm and humid as the thunder roared across the plains.

It was May 15, 2013. A dangerous storm was coming, and George Blackwell, Texas Wesleyan’s IT service desk manager, was driving into it.

He had been traveling west on Route 377 for over an hour, trying to catch a glimpse of Mother Nature’s whirlwind.

Blackwell gripped the steering wheel of his 2006 Dodge Ram 1500 Pickup with one hand while, with his other, checking his GPS, two tablets and the radarscope app on his phone as he approached the dark clouds of the tornado that roared across Hood County.

“Of course I had to get the same brand truck in the movie Twister,” Blackwell said. 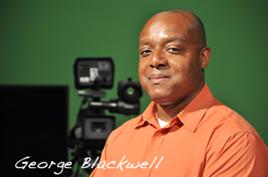 The Navy veteran, who served as a naval information technology specialist for 12 years, used his technical training to help him navigate through the destructive storm’s path all alone.

“During my time in the Navy, I would guide ships out at sea using a HAM radio,” he said. “Which is helpful now because a lot of storm chasers are HAM certified.”

Behind the wheel that day in 2013, he thought to himself that at least he had some training.

This tornado, which would include winds of up to 140 miles per hour and grew to be eight miles wide, hit several small Texas towns and, according to the National Weather Service, killed several people. 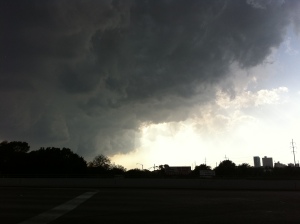 It was the first tornado that Blackwell saw after months of training.

“You have to know what you’re doing out there,” he said. “I feel very fortunate that nothing happened.”

“I am always watching the news for severe storms,” he said. “I think technology helps people stay informed, especially with weather announcements.”

Blackwell said his brother William, who lives in Washington, D.C., also stays up to date with severe thunderstorms in Texas and is scared he might be out chasing one.

“William calls any time there is a tornado in Texas, even if I am nowhere near it,” Blackwell said.

Blackwell said he often tinkered with gadgets as a boy. 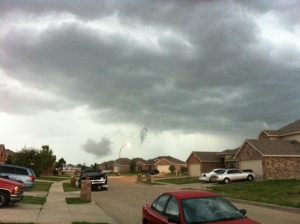 “When I was little, I remember taking apart my toy race car and messing with the battery to see how it worked,” he said. “I have always had a passion for technology.”

Blackwell graduated from Texas Wesleyan with a bachelor’s of business administration degree in computer information systems in 2009.

“I really enjoyed my experience at Wesleyan from the beginning,” he said. “They have a great personal touch and when I was offered a job I felt like it was an opportunity to give back to the Wesleyan community. I am always looking to try and help out.”

He has a lot of knowledge in his field and knows how to work with the team, said Maria Brown Spence, IT service desk coordinator. 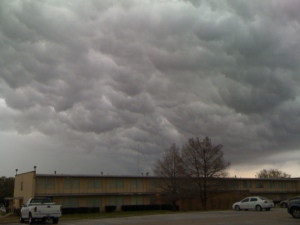 “He is a great supervisor and a veteran like myself,” she said. “Anytime I have questions he makes sure he is there for me. He has taught me to be patient and always keep learning. I think his storm chasing is brave and noble.”

When he is not chasing storms or fixing gadgets, Blackwell, who has two sons, George Blackwell IV, 17, and William Alfredo Blackwell, 12, enjoys driving his Honda V Star 1800 with other bikers through the foothills of Fredericksburg, Enchanted Rock, Three Sisters and Willow Loop.

“We have established a great relationship through our love of bikes,” said Ayala, who said he has been Blackwell’s friend for for years.

When Ayala first found out about Blackwell’s love for storm chasing he said there was one thing that struck him as odd.

“He doesn’t like to ride bikes when it is raining but he will go chasing storms in a truck,” he said. “I was like man, you’re crazy, but that’s what your interest is and it’s neat.”

Blackwell has always been fascinated with storms and loves the Discovery Channel, he said. 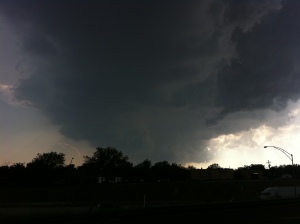 “When I was 10 years old, I had a dream that I flew into a storm like I was superman or a character in a SYFY film or comic book,” he said. “The dream was so real. I was amazed by the lightning and wind.”

Blackwell said he lucked out by settling down in the Texas-Oklahoma area, also known as Tornado Alley, after he got out of the Navy in 2004.

Not only does he get to ride his motorcycle through the open and beautiful roads of Texas and give back to the Wesleyan community while working in a field he is passionate about, he is able to be close to the storms.

Blackwell loves the thrill of storms but if he could save lives that would be rewarding as well, he said. 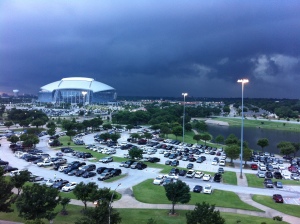 “Just the sheer power of a storm, how fast they develop, and how they never look the same has always amazed me,” he said. “I’m fascinated by Mother Nature and tornadoes are by far the most interesting.

“How many people can actually say they have seen a tornado in their lifetime? It is so rare and you are lucky if you do. I am one of the lucky ones who can say, I got to see a tornado.”

This site uses Akismet to reduce spam. Learn how your comment data is processed.